Consider All Perspectives for Robust Decision-Making 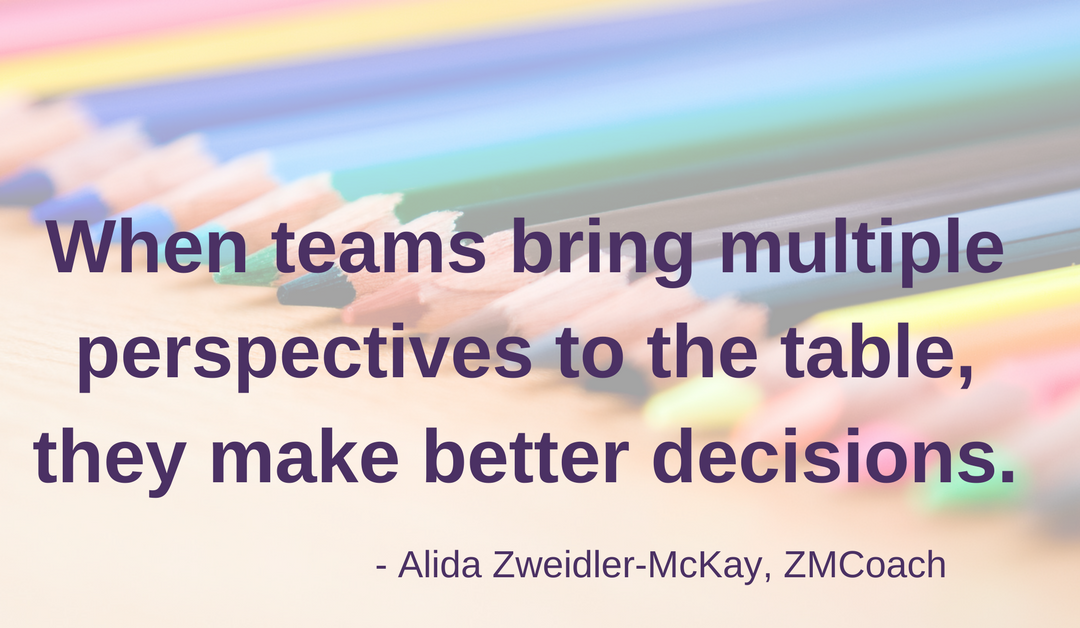 Remember the story of the blind men and the elephant? As each one feels his way around an elephant, he describes something entirely different. One says the elephant is like a tree trunk. Another says it’s like a snake. And yet another describes it as a solid wall of leather. Sound familiar?

Modern teams are very much like this, in that each person has a unique perspective. Different roles and experiences mean that each person on the team sees the problem in a slightly different way. For example, when deciding what new product to launch, someone from Sales is likely to have a different set of information to bring to that decision than someone in Manufacturing. When teams can bring multiple perspectives to the table, they can evaluate what’s best with the big picture in mind, and ultimately make more robust decisions.

Unfortunately, in many groups, one side or perspective will often dominate, while others remain unexplored.  Sometimes this happens because of personalities, as some team members are more reserved while others speak up more quickly.  Other times this is driven by differences in status, where younger, newer or lower ranking staff members defer to those in a higher pay grade.  And still other times, the imbalance can be the result of the company’s culture or history, which may have a bias toward some functions over others.  For example, a company that experienced success from its low-cost and efficient operations may favor the manufacturing perspective over marketing, while an innovative start up may give more weight to Research & Development over Human Resources.  Whatever the reason, when only a few voices dominate the conversation, there is a risk that important information will be missed.

There are a few things that leaders can do to make sure that multiple perspectives are taken into account during decision making:

I’d love to hear what you discover as you try out these ideas with your teams.  Were perspectives wildly varying, surprisingly similar, or somewhere in between? How did you use the tips above to ensure all voices were heard? What other tips do you have for bringing all of the voices into the room?