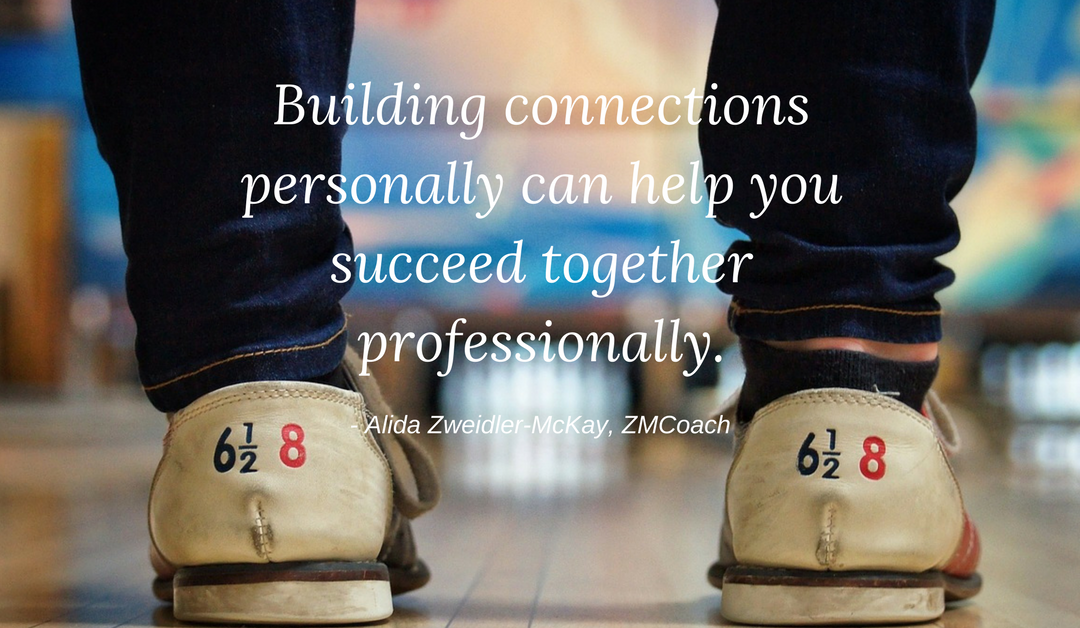 This article was originally posted on The Huffington Post

A few years ago, I was brought into a large corporation to provide consulting to a project team. Over several months, I built solid working relationships and contributed to the team in ways that earned positive feedback from colleagues.

There was one senior leader, however, who wouldn’t give me the time of day. Although I was working with several of his teams, John politely declined meetings with me and often left me out of conversations I thought I should be part of, given my role.

Perplexed and frustrated, I began going back and forth between judging him (e.g., “He’s short-sighted, doesn’t value good work, and doesn’t understand how my role fits into the team.”) and judging myself (e.g., “Something must be wrong with me. I’m too academic and theoretical, too soft—too something!”)

A few months into the project, the company organized a team outing to a bowling alley. As a team coach, I completely understand the intention behind this type of activity, and have suggested them for clients myself. However, in this case, I was cringing inside. I’m not very athletic and didn’t yet know many people on the team. When I arrived and discovered that I was assigned to John’s team, I was even more anxious. He was clearly athletic and cared about winning, so I was certain I’d humiliate myself and further alienate him with my horrendous bowling skills.

What unfolded instead reinforced for me the importance of these kinds of outside-the-office activities: Relatedness. Connection. Support.

I learned that my initial impression of John was not entirely accurate. I had him pegged as competitive, uncaring, strict, and cold, but soon discovered that to members of his team, he was warm, open and supportive.

He cheered me on every time I kept the ball out of the gutter, particularly when my score improved from one game to the next (even though it was below 60 each time!). He wasn’t hyper-focused on winning, but on trying hard, having a good attitude, and working to improve.

And, what he learned about me is that I cheer loudly for my teammates. I will try my hardest even when the game isn’t going my way, and I don’t give up easily.

After this outing, our relationship changed. He started making more room for me at the table, and I showed up with less to prove.

I found out years later that I had made a bad first impression that left John feeling a certain way about me. And I, in turn, had a certain impression about him. Had either of us been closed off to a connection at the bowling alley, he wouldn’t have seen how hard I was willing to work on his behalf—and I wouldn’t have discovered how supportive he could be. We went on to do several projects together, even after this assignment ended.

The experience with John reminds me of the importance of play and human connection in our work lives. Lightening things up outside the office gave us the space to discover new sides of each other and to recreate our working relationship. I feel lucky to have had a second chance to shift that.

You don’t have to go bowling with your teammates to know them better. Have lunch together, go for coffee, take a walk—whatever you can do to connect personally so that you can succeed together professionally.

Building solid relationships helps us weather the disagreements and frustrations that are a natural part of group life. When we see each other as whole people, we can take these challenges less personally and with broader perspectives in mind.

Bottom line: Taking time to get to know each other as more than the work we do can make all the difference for successful collaboration.

If you’d like support as you build authentic connections with your colleagues, let’s talk. Book a call with my team to learn how we can support you. Schedule that free call here: https://www.zmcoach.com/apply.