Any way you want it… 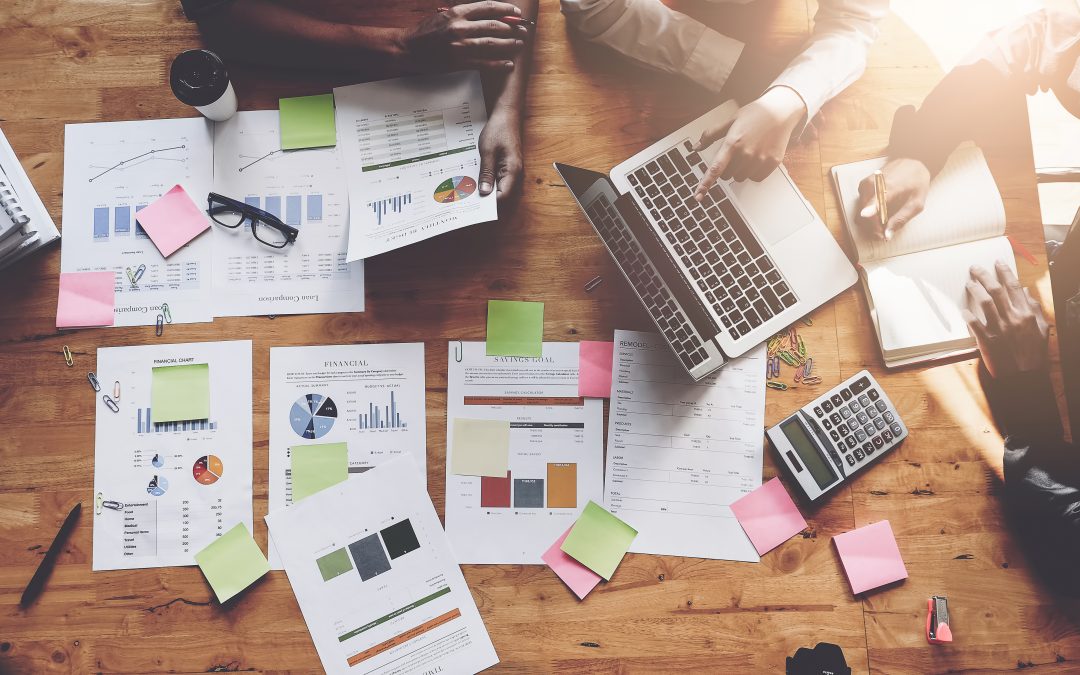 Recently I was working with a client who was facing a challenging situation. Her boss had asked her to take on a new project, but she couldn’t see how she could possibly get it done in the time he had asked for it. She wanted to be able to do a good job and deliver, but she felt that what the company was asking her to do was way too much – she didn’t understand why or where it was coming from, and was feeling demoralized by what felt like an impossible task.

So many people think you have to take on a project, assignment or even a job exactly the way it’s given to you. That’s simply not true. Today I’m going to share some specific strategies that you can use to set up your work the way you want it – so that you can be successful, by being strategic in how you take on new work. When you do this you take up your leadership in a powerful way and set yourself and your team up for success.

According to the BLS, 26.9% of the American workforce left their jobs in 2018. That’s over one quarter of the American work force who left their jobs last year. My guess is that you’ve experienced that – either you were one of the people who made a shift, or you had to pick up the slack and extra workload of someone who had left a job. Gallup reported that of the exiting workers they interviewed 52% said their manager or company could have done something to prevent their leaving. Also 51% said that neither their managers nor anyone in leadership had talked to them in the 3 months before they left about their job satisfaction or their future. This is a topic we can revisit in a future post, when you have your manager hat on. But for now, I want to focus on what you can do so that maybe you don’t have to leave in order to have a job that works for you.

There’s nothing wrong with switching jobs – sometimes that is the best route for finding work that is satisfying, or finding a role that will be developmental for you, or finding a manager who is a good fit. But I’m guessing at least some of that 26% could have made things better for themselves without having to go through all of the disruption that can come from changing jobs. When you learn the strategies described here, it’s possible you can create a better situation for yourself right where you are without having to leave. You can be doing work you love, with the support and resources you need to do it well.

There are 3 core pieces to this strategy:

For any assignment you’ve been given, any project, any role, it’s crucial that you understand the outcome the organization is trying to achieve. What is the goal of the project and why is it important? When you’re clear about what you’re trying to move toward and why, you can contribute in a more creative way. You can make better informed decisions about exactly what to do to achieve the outcome. You don’t have to simply follow along how someone else is telling you to do the work.

It’s like dribbling down the basketball court and shooting without seeing where the hoop is. When you do that are you likely to score? Of course not. So, any assignment that you take on, any role, any project, the first and most important thing to find out is “what’s the outcome?” What are we working toward?”

So many people get trapped doing projects and assignments without knowing this. The boss doesn’t think to tell them, and the employee assumes they don’t need to know, or that they can’t ask. The problem with that situation is that if you’re working in a way where you’re just doing the work and you don’t know what it’s for or why you’re doing it, or you’re not bought into the reasons, that’s when work becomes a real slog. It’s hard to get your energy behind it, and hard to do a good job.

The next part is creating a plan, really stepping back and thinking about how you’ll get to the outcome. What are the creative ways you could get there? What resources will you need? It doesn’t have to be a long exercise, sometimes just blocking out a couple of hours to think about it can make a difference. What will it take to be successful?

One of the things I see is that people don’t take the time to do this. They tell themselves things like, “I don’t have time to really plan. The timeline is so tight, I have to just jump in and do it.” Or they think, “They’ll never say yes. They’ll never give me more resources.”

If you map out a clear plan, and have a clear idea of what it will take to meet the deadline you’ve been given, or what a realistic deadline is given the resources that are available, that gives you the basis to have a conversation with your boss, or the powers- that-be. One of the biggest set ups is when employees take on assignments without the resources and time to do a good job. If you don’t take a moment to get clear about what it will take to be successful, and you end up in a scramble at the end, or you can’t deliver or you under-deliver, you’ll end up looking bad. So really taking that time to make a plan and map out the resources you’ll need is crucial to making sure you’ll be successful.

Win Support for the Plan

You have to be able to pitch your plan and get people onboard with your approach so they see why the resources are needed, and agree to free them up for your initiative. When making the case, you need to help them really see what becomes possible with the investment, and why it could be problematic if they don’t allocate sufficient resources.

Remember when you’re asking for this – you’re not asking for the funds, time and resources for YOU, you’re asking because in your judgement, as the professional they’ve hired you to be, this is what it’s going to take for this particular project or assignment to be successful and get the outcome they want to get.

That’s the mental trap I see people falling into here, around winning support for their plans, or asking for resources, is that on some level they feel like they’re asking for themselves. They forget that it’s not about them. They’re asking for what anyone in their role would need in order to succeed in the assignment, and get to the goal.

When you can frame your requests in terms of “what’s in it for them” (e.g., your boss or the person you’re asking for the resources) you increase your chances of success. How will the approach you’ve outlined get the results they want? What are the tradeoffs to be made (for example between resources and timeline)? What choices can they make in order to get to the outcome?

I was on a project a few years ago where there were 2 people who had a relatively similar role. Their job was to win support for a company-wide change. They each were responsible for working with different audiences, but they had a relatively similar scope to their work. Tim (not his real name) was a can-do kind of guy. His way of working was to jump in, dig in, make things happen. So when he got this assignment, he started right away digging in and doing the work, taking the steps he needed to make it happen. Erica (also not her real name), on the other hand, took some time to step back. She didn’t start right away. She looked at the objectives and goals and she made a plan. It was kind of a big plan and it included a request for resources, that led to a few rounds of back-and-forths with her manager.

I was working with each of them at the time, and I remember being worried for her that she wasn’t getting in there – that she was “wasting all this time” with all of that planning and squabbling for resources. But she had her eye on the bigger picture. She envisioned what it would take to do what they were asking her to do. She thought about what success would look like and how they would measure results. She considered the resources it would take to do it the way she had in mind. She won support for her plan (for the most part), and got the new resources and brought them up to speed. And then she dove into the work. All of that meant she was off to a much slower start than Tim was. But – she ended up doing the work in a bigger, more creative way that was ultimately more successful. Tim got the work done – he did what he was asked to do, but he didn’t have the pieces built into it that really made it a success – to not only get the outcome but also to be able to show visible evidence that the outcome had been reached.

As I look back on it, I think they had a different going in set of assumptions about the work. I think Tim had the mindset of “They’ve asked me to do this, and I have to make do with what I have and just get in there and get it done.” Erica’s mindset was, “They’ve asked me to do this, so I’m going to take a look at the best way possible to get it done, and what that will take. I’m going to ask for what I need because ultimately, it never hurts to ask.”

Which of these do you think was more likely to be promoted?

At some point in your career, simply doing the assignments you’ve been given isn’t enough. If you’re slogging through project after project, just trying to make do, just trying to get by with what’s in front of you, chances are you’re not going to get the results and the recognition that you would need in order to move to that next level. If you’re not stepping back and taking a look at “where does this need to go, and what’s it going to take to get there, and how will I know if I’m successful?”, chances are you’ll be seen as a “do-er” and not a strategic manager, stepping into leadership. And then, without that success and recognition, of course, you’ll be passed over for promotions and opportunities until you feel you have no choice but to quit.

Before you get to that point, take charge. Get clear about outcomes. Create your plan. Win support for your plan. And then deliver.

If this is something you face at work, where you find yourself overwhelmed by crazy demands, asked to do too much, feeling like you’re slogging away, maybe even feeling like you should just quit because your job is impossible and there’s no way you can be successful — let’s talk. There may be some ways you can make a shift. I’d be happy to help you think that through. Book a call with me here.