The Real Reason You’re Losing Sleep Over Your Career 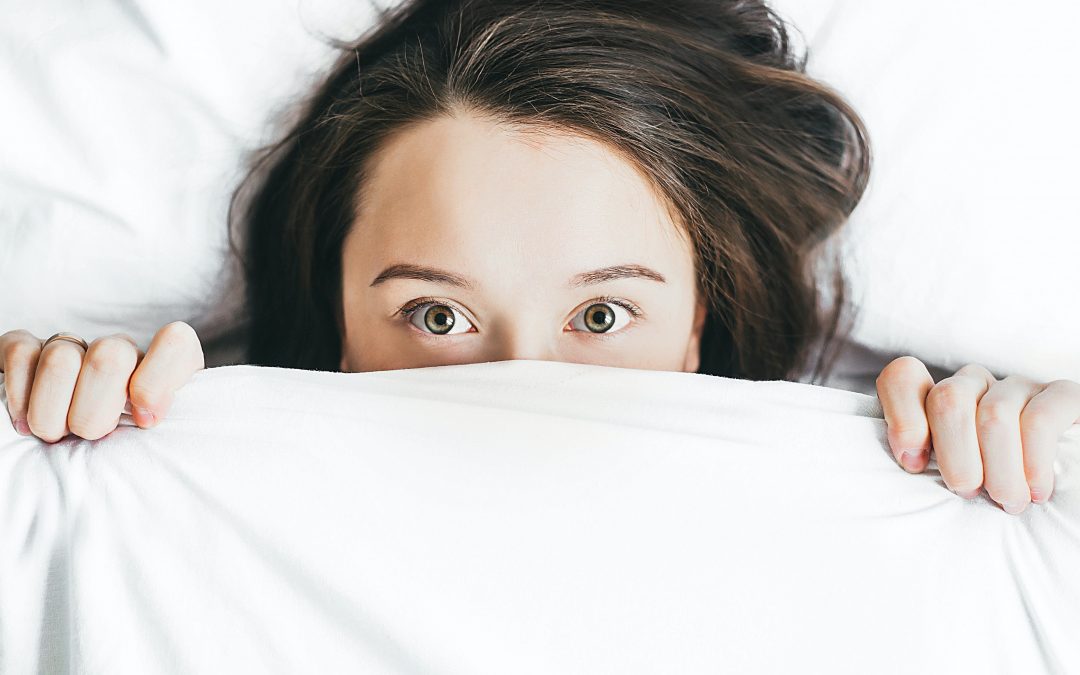 So many people I talk to these days are losing sleep over their careers. Some feel like their job isn’t a good fit any more. Others are wanting promotions that they aren’t getting. Still others have gotten promoted, but feel like they’re in over their heads.

Whatever the situation, they’re lying awake in the middle of the night wondering what to do. Worrying about the future. Feeling bad about their situations. Wishing they could just be happy. Today we’re going to look at what may really be going on.

We had a real thunderstorm the other afternoon. It moved in quickly and was loud! My poor dog hates thunderstorms. We suspect that before he found us, he was living on his own, surviving outside for a while. Thunderstorms must have been really scary then. So now, even though he’s safe and dry inside, he has a conditioned reaction to go find a place to hide. Poor baby! It was his supper time, but he refused to eat. And he loves to eat.

That got me thinking about how many times our prior experiences send us into conditioned fear responses that keep us from going for what we want.

I talk to so many people who reach out because they aren’t happy in their current roles. Some of them have discovered that their companies or departments aren’t a good fit for them anymore. Others are wanting promotions. Still others have gotten a promotion and feel like they might be in over their heads. All of them are losing sleep. They’re lying awake in bed at night wondering what to do. Worrying about the future. Feeling bad about their situations. Wishing they could just be happy.

For most of them, at the heart of feeling stuck are some common fears – that it’s too risky to make a change, that they won’t be able to land a better job, that they won’t have what it takes to make it at the next level.

Everyone has those same kinds of fears, to some extent. The difference between people who make it and people who stay stuck is how they deal with them.

In her research on teams, Dr. Amy Edmondson coined the term Psychological Safety, which she defines as “a belief that one will not be punished or humiliated for speaking up with ideas, questions, concerns or mistakes.”

I think the reason so many people are lying awake at night, feeling stuck and worried about their careers, is that they haven’t created a climate of psychological safety inside themselves.

They’ve been successful up to a certain point in their lives and careers by pushing themselves. They’ve done good work. They’ve met expectations of their teachers, and their bosses. On the way to that success, they’ve created certain mental patterns and habits. They’ve learned how to give the right answers. They’ve learned how to avoid making mistakes. To get to that point, many people develop a relatively punishing and fear-inducing internal dialogue.

The problem is that at some point in your career and your life, that internal dialogue will hold you back. Doing what’s expected will no longer be enough. To get ahead you’ll need to take some risks. You’ll need to put yourself and your ideas out there. You’ll need to risk being wrong or making a mistake. You’ll need to leave the safety of the closet, despite the thunderstorm, to get what you really want.

That’s why one of the key components of my coaching work is helping my clients build their internal psychological safety first. That gives them a solid base that supports their stretching into new roles, and rising to new challenges.

The bonus is that once they’ve done that for themselves, they’re better able to do it for others, as well. That expands their capacity to be effective as leaders. It’s very hard to provide for others what we don’t give ourselves. Leaders who haven’t yet built their own internal psychological safety will find it difficult to create that for their teams. As one client put it recently, “I’m finding that when I’m kinder to myself, it’s easier to be that way with others.” Exactly. Teams that are lacking psychological safety are less creative and productive – which can create an additional drag on your career.

If you’re ready to face your fears, to get unstuck and go for what you want, let’s talk. We’ll look at what’s happening in your career right now, and what has you feeling stuck. Then we’ll explore where you want to go. If I can help you get there, we can talk about what that would look like. If not, I’ll tell you that too, and do my best to point you to other resources. Either way, you’ll walk away with some real clarity about your next steps. You can schedule that call here. I look forward to talking with you.