Why Surfing Job Boards is Keeping You Stuck in Your Career 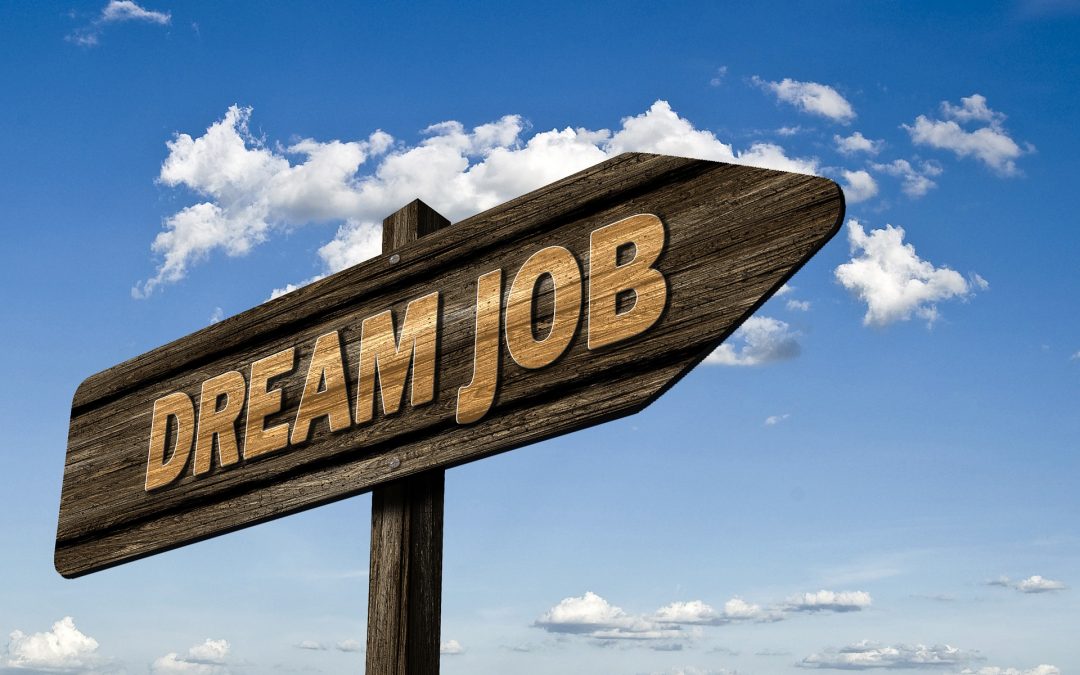 I talk to so many people who feel stuck in their careers. They’re not getting promoted. They feel like their current company isn’t a good fit. They know they’re meant for more. When I ask them, “What have you tried so far?” the majority tell me they’ve looked online for jobs, maybe sending in their resumes here or there.

Today we’re going to look at how that approach is actually keeping them stuck – and what they should be doing instead.

Let’s talk about why spending your time scrolling around on job boards is not only a waste of time, but can actually contribute to keeping you stuck in your career.

Let’s say you’re in a job right now that is starting to feel like it isn’t a good fit. You’re not getting the opportunities that would get you ahead. You’re feeling frustrated. What do you do with that frustrated energy?  If you’re like many people I’ve talked to, you’ll start scrolling through job sites. You scroll and scroll. Every once in a while, you’ll find a position that appeals to you. If you have your resume ready, you’ll send it off.  If not, you’ll quickly pull one together and submit it.

All of that scrolling and submitting feels like you’re doing something about your situation.  You’re taking action. You’re being productive. You’re in motion.  Here’s the problem: this is one of the least effective ways to get a new job. Very few people are hired from submitting their resumes via an online job board. In fact, chances are very high that you won’t even hear back from anyone about that role.

So, while you feel a sense of accomplishment, the reality is that those particular actions are not likely to get the result you really want: an opportunity to get ahead, a promotion, a new job. That’s what makes this a counterproductive strategy. It keeps you from taking the steps that will really get you where you want to go. It’s like cleaning your desk when you have a report to write. You straighten everything up, maybe even wipe it all down, and when you look at your clean desk, you have a sense of accomplishment – but you’re no closer to finishing that report.

What’s worse is that after a while, when you don’t hear back from the resumes you’ve submitted, you’ll start to feel discouraged. “After all,” you’ll think, “look at all those resumes I’ve put out there! Look at all that action I’ve taken!” Thus begins the downward spiral, as you look for reasons why it’s not working.  You wonder what’s wrong with you. You tell yourself that you don’t have the right qualifications, or the right education or the right experience. You feel like you’re not good enough. You suffer. Which is a shame, because none of that is necessarily true. What’s true is that you’re simply using the wrong strategy.

What to do Instead of Scrolling & Submitting

I can practically hear you groan as you read this – but stay with me. I’m not talking about those events where you’re standing around with a beverage in your hand, trying to make small talk with strangers, and trying to get your business cards to as many people as possible. (Or even more awkwardly, staring at a bunch of faces on Zoom listening to a speaker drone on and on.). Those uncomfortable events are exactly why so many people hate networking.

Here’s the good news – that strategy doesn’t really work either. At least, they don’t if you approach them that way.

Here’s the truth: Most people get their jobs through a trusted connection or a connection to a trusted connection. So, meeting random strangers is also not likely to get you where you want to go. It’s another one of those strategies where you can feel like you’re doing something, but end up with little to show for it.   The most effective strategy you can use in finding your next role – whether that’s a promotion in your current company, or a new job somewhere else – is to focus on relationships.

That’s why networking to find a job is a delicate operation. You’ve got to go about it in a strategic and thoughtful way, that focuses on the relationships more than the outcome.   The reason those networking events are so awful is that, too often, people go in with a focus on what’s in it for them. Conversations stay shallow as people try to figure out whether the person they’re talking to will be able to help them or not. As soon as they think the answer is “no” they look over your shoulder for someone better. No one wants to be treated that way.

The same goes for just about any kind of networking conversation you could have.  If you go into it too “goal-focused” on meeting your needs, it’s not likely to yield the results you’re hoping for.  It doesn’t work to ring up people up and say, “Hi, do you know of any jobs for me?” Nobody’s going to respond well to that.  So you have to have a strategy that is thoughtful. That is genuine. That comes from your heart. You need a strategy that’s about really connecting with people in a way that engages them.  That means knowing what you want, and what you’re good at, while maintaining an open mind and flexibility that will help you think creatively with the person you’re talking to about what’s possible. It means having enough of an agenda to get what you want from the conversation, while also making space to discover ways that you can create mutual benefit with the other person.   These are the kinds of strategies I teach my clients, that have helped them take their careers to the next level. It’s not easy, but it works.

If there’s one challenge to the relationship networking approach, it’s that it takes a fair amount of courage. It’s relatively easy to scroll and submit – that doesn’t require much emotional risk. Reaching out to people, on the other hand, and making a genuine connection, can feel vulnerable. That’s why a key ingredient in this approach is building confidence. My clients develop a solid sense of self, and an ability to stand strong and clear about the value they could provide a potential employer. That’s crucial to holding up their side of the conversation.  If you’re feeling frustrated that you’re not getting ahead and then find yourself caught on the hamster wheel of scrolling and submitting, it’s time to stop.  It’s time to do something that will really move your career forward.

The Power of Relationships: A Parable

It took me a while to figure this out for myself. Here’s the story of how that started for me.    I went to business school at Wharton, for an MBA because I wanted to become a management consultant. I was excited about the challenge of that, and the opportunities for constant learning and growth that seemed to go along with that field.

Unlike most people, who went to business school with 3 – 5 (or more) years of experience, I had only worked for 2 years – and those were at my alma mater. So, I knew that I would face a challenge getting into consulting. During my first year, I worked hard and landed an internship where I could work throughout my whole second year, rather than just over the summer. I believed that would help me build the credibility and experience on my resume that I would need in order to land a full-time gig.

Going into my full-time search, I felt pretty confident. I had experience on my resume. The field was booming, and all of the major companies were coming to campus to recruit. But even with all of this demand, and my internship, I simply wasn’t getting the opportunities. I was working hard, getting great grades, and even doing these really interesting consulting projects in my job.  But it wasn’t enough. I felt really discouraged.

Flashback to my first year in the MBA program. That year I had been part of a “learning team.” These were teams of 5-6 people that worked together on all of our group projects throughout the year, for all of our classes. I was lucky to be part of a great learning team – people who really cared about each other, and about the work. There was one guy on the team that we called the Social Butterfly. Any time we met in the student lounge for a class project, we’d watch him meander his way to our group, chatting with nearly everyone along the way. We teased him about it.  While he was the social butterfly, I was the serious one. I was usually the one arriving early, finding us a table, mapping out project plans, keeping us on track, and making sure things got turned in. I thought the way to make the most of business school was to grind out the work. Never mind the relationships, I don’t have time for that. The Social Butterfly worked hard, too, but not at the expense of connections. Still, a part of me was a bit judge-y about his approach.

So now, it’s our final semester, and I’m struggling to find a job. Other friends are getting interviews and offers. The Social Butterfly is working on an opportunity with some of his connections to be part of a startup. I think he’s crazy, but that’s his life. A small part of me is jealous that things seem to be coming together so easily for him.    Then one afternoon, we run into each other, and he kindly asks why I look so discouraged. I tell him I really wanted to work in consulting, but am having trouble getting interviews.  He’s shocked. “Why didn’t you say anything?” The next thing I know, he’s reaching out to contacts in his network, and getting me an interview – outside the regular recruiting process – with someone who ended up pulling strings to hire me.

The irony of that situation was not lost on me, after I had been judge-y and jealous of him. Ever since that fateful final semester at Wharton, I’ve learned everything I can about how to build and leverage authentic relationships to create opportunities. As an introvert, this strategy hasn’t come easily to me, as it did for the social butterfly. But it’s been crucial to my career success. And it’s worked. Every single consulting project I’ve ever gotten has come from a referral, from someone who knew and trusted me.  Now I teach that same approach to my clients, who are using it to find their next opportunities.    You don’t have to be a natural social butterfly to leverage the power of relationships in your career. But you do need to be willing to step out of your comfort zone, and find your authentic version.

If you’re ready to stop “scrolling and submitting” and to get into action that will actually make a difference in your career, schedule a call with me and let’s talk about it. We’ll get on the phone for about 45 minutes and talk about what has you feeling stuck, and then map out a strategy that you can use to move forward. I promise it will be one of the best hours you’ve spent focused on your career. I look forward to talking with you.