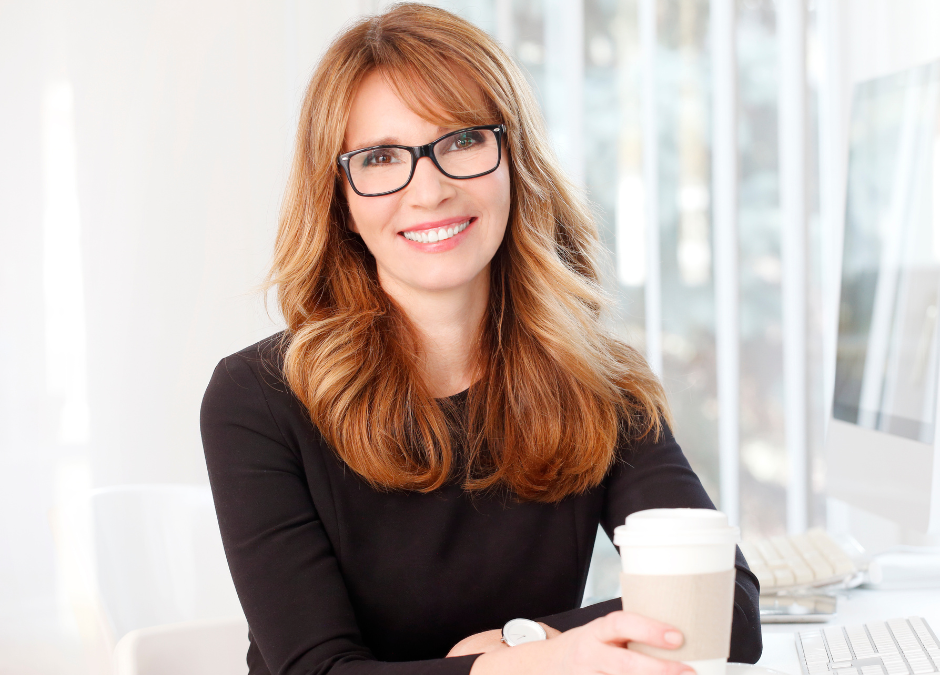 Being present to yourself is an important first step in taking your career forward. Watch the video below or the blog post that follows to learn more.

What do I mean by “being present to yourself”? I mean:

This came up for me last week when a client shared that he’d accepted a job he was really excited about, but was hesitant to tell me, in case I would be disappointed. You see, the new job was an individual contributor role, rather than a manager role.

The truth is, I’m completely thrilled for him. Of course. The new role is exactly the kind of challenge he’s been looking for. And he’s great at influencing without formal authority, so I know he’s going to knock it out of the park, even without a dedicated team. Plus, it pays more and gives him more flexibility to be home with his kids. What’s not to love?

The conversation reminded me of how easy it is to get caught up in definitions of “success” that aren’t working for us. We might have a story that success means leading bigger and bigger teams. Or that it means getting a bigger paycheck. Or it means having a better title.

Each of these are great goals to strive for, but only if you want them.

If the bigger title and bigger team means you have to be away from your family more than you want to be, then that may not be the right fit for you. If the job that really lights you up pays a little less than the one that you think is boring, then that might be the right choice for you.

There’s no rule that says that up leveling your career has to look one certain way.

My husband is an example of this. He had a successful career in academic medicine – seeing patients, running a lab, leading clinical trials. The next obvious step was to take on more administrative responsibilities. He enjoyed the leadership aspects of it, but really didn’t enjoy the administrative side. When a recruiter reached out about a role in a biotech company, he saw a different pathway for himself. He could continue to work toward his life goal of finding better treatments for cancer, but in a different way. It’s been 6 years since he made that move, and it’s been exciting to watch him blossom in this new arena.

I have another client in an operations role, who recently decided not to put his hat in the ring for the role of Assistant Director of his organization. We talked about this in depth, and it’s clear that what he loves is leading a team to create efficient and streamlined operations. The Assistant Director role, while a move up, would also require a lot of work he doesn’t enjoy – dealing with the press and local politics. He’s now defined success for himself in terms of helping the organization expand its capacity by making the most of their resources.

Being present to yourself first means clearing out the old stories, societal expectations and unhelpful pressures so that you can decide what counts as success for you.

There’s one caveat to this, though: That’s when you set your sights too low out of fear.

Sometimes people go through something in their careers that takes them down a notch. Could be a bad boss who treated them badly, or a toxic workplace, or a layoff. Those kinds of situations take a toll. They leave you feeling unworthy and anxious. That can cause you to aim a bit too low for your next move.

I see this over and over again. People take a lateral move, or even a step down, to get out of a toxic workplace. They tell themselves that they’re doing it so that they can get out of their current situation (which is true). But a lot of the time, the lateral or downward move wasn’t necessary. It’s a result of how they feel about themselves.

I had another client who came to work with me, looking to define what was next in his career. He was adamant that he didn’t want to be a manager and was looking for alternatives. However, as we explored that together, it became clear that he was acting from a place of fear. He had been through a bad situation, where a project he was leading had failed. He blamed himself. He felt if he had been a better manager, the situation could have been avoided. His conclusion was that management was too hard, and he wasn’t cut out for it. When we unpacked the situation together, we found that there were other factors at play. Sure, there were things he could have done differently (as there always are), but the failure wasn’t only on him. Also, as we looked at what motivates him, that he enjoys doing, collaboration and mentorship were high on the list – things that are at the heart of good leadership. As we moved fear out of the way and cleared out that bad experience, he’s discovered that he does, in fact, want to lead people. Even better – he’s seeking out and finding more opportunities to do that in his current role, to set himself up for that next promotion.

That’s why I say being present to yourself is the most important first step in up leveling your career. It’s key to knowing what you really want and leaning into what’s possible.

We’d love to help you clear out the mental clutter that might be keeping you from seeing and going for what you want. Book a free call with us now and let’s get you moving toward your version of success today.