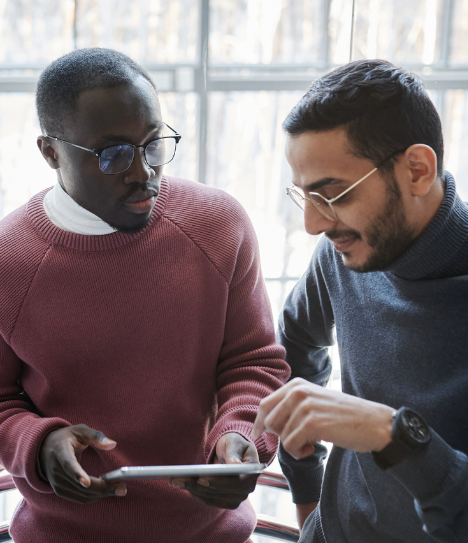 This past summer, on a road trip with my husband we came upon a car crash that looked like it had just happened. My husband is a physician, so we pulled over and he ran to the scene to see what was going on. I stayed in the car and called 911. When they answered, I said, “You may already know about this, but there’s been a crash at…” and gave the location. The dispatcher confirmed the location and then said that no one had called. This was surprising to me because there were nearly a dozen people standing around the crash.

I’m not telling you this to say that I’m some kind of hero. I’m sharing this story to illustrate a challenge in organizational life: information doesn’t always get where it needs to go.

Here’s another example. A few weeks ago, I was on a flight that was canceled and moved to the next day. When I got to the airport, I checked the boards and went to the gate. No one was there, but the sign behind the gate counter had our destination and flight number, so I sat down and waited. The time for our flight got closer and closer, but still no one was at the gate. I checked the app, and it confirmed that we were in the right place. Finally, there was an announcement that our flight was at the other end of the terminal. On the way to the new gate, I checked the boards again. They still listed the wrong gate, and the sign at the new gate was blank. I mentioned this to the gate agent, who was surprised to hear it – despite the dozens of people who had found their way to the gate ahead of us.

And one of the most insidious reasons is that people assume that the people who need to have the information already do. We take it for granted that people know what they need to know. We assume someone else has already told them.

And then, ironically, we get upset with them for not doing anything about it.

That’s why, one way to set yourself up for success in your organization is to become an information conduit. Be someone who helps information flow from one part of the company to another. When you do this thoughtfully and with good intentions, you build a reputation as a problem-solver. Someone who makes things happen and gets things done. Someone who’s worthy of promotions. When you do it well, you build trust. People see that you’ll come to them with problems, not just complain behind their backs.

However, doing this well can require careful thought. There might be a reason that information isn’t flowing. Or it may be that the problem is known, but those responsible for it have chosen not to address it. Sharing information that isn’t yours to share can create major political problems for you. So can sharing it in a way that comes across as criticism or complaint.

I think that’s why there aren’t more information conduits in organizations.

And all the more reason to learn how to do it well.

We’d love to help you learn how to become a strategic information conduit and build your reputation as a trusted problem-solver. Book a call with us today and let’s talk about your current situation and help you get clear about what you can do to earn the recognition, respect, promotions, and pay raises that you deserve.