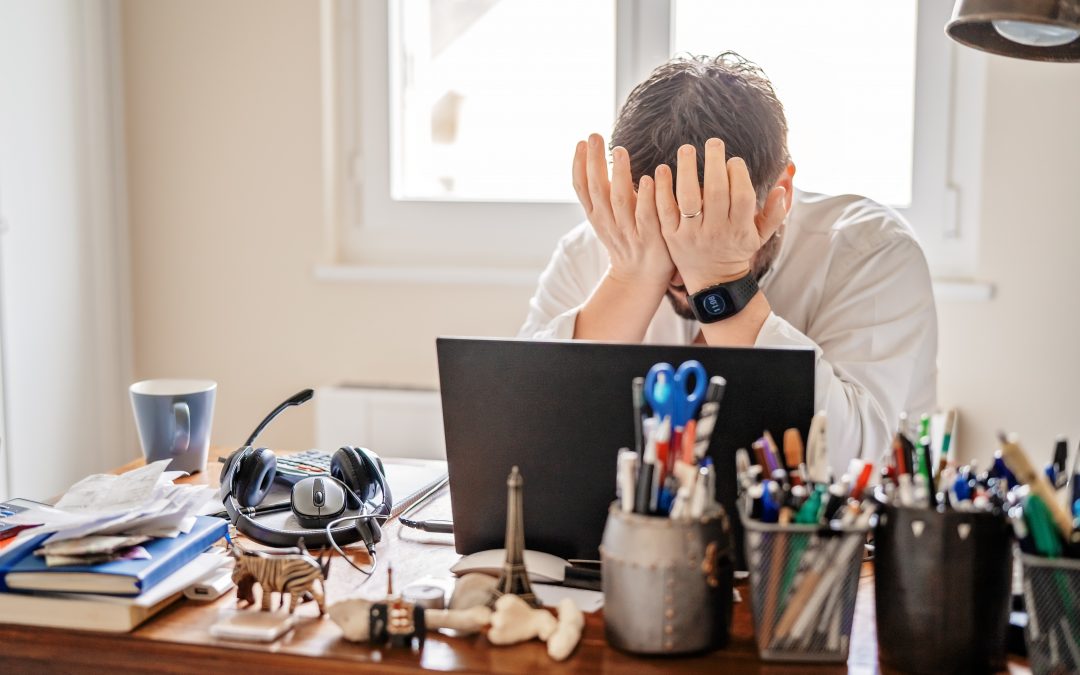 The stress of the Coronavirus quarantine is starting to cause a lot of stress and strain. My clients are noticing that it’s having an impact on how people work together. There’s more tension, stress, butting heads, and impatience with one another.

One of the most important jobs any manager has is to handle conflict on their teams. Managers need to know how to ease tension and get people working productively together.

I coached a team many years ago where conflict had gotten very personal. Allegations were made. Someone was fired. It was a mess. When I started unpacking it, interviewing different members of the team, I heard explanations that described personality differences.  When we really dug in and got underneath the personal stories, it turned out there were some important issues that needed to be worked out. There were disconnects in how people understood each other’s roles.  There was a misunderstanding about who was responsible for a certain piece of work.  But the conflict had gotten so heated and so personal that it’s almost like they forgot what it was really about in the first place.

When conflict heats up, rather than moving into a personal story about how the other person is, or how you are, see if you can begin to see the world from their perspective. How is that different from your perspective? If you can identify that, you have a chance of unpacking and working through those differences together.

This is especially important in times of stress.

When we’re not under stress, our rational brains have more room to work. We’re more likely to be on the lookout for the underlying story. We’re better able to find the source of the conflict. We’re better equipped to come up with creative solutions.

I invite you to be looking for ways to head off conflict by getting clear about expectations, norms, ways of working. For people who are working from home for the first time, this is a great time to reflect with your team about how it’s going.  You can check in about what’s working in how you’re working together. Maybe there are some norms you want to change because they don’t fit this environment. There may be ways of working that aren’t as effective when you’re not face-to-face. Maybe there are some processes that need to be adjusted or clarified. Or priorities to discuss, to be sure everyone is aligned.

As you do this, I encourage you to also actively give each other grace. Getting through a conflict requires some emotional flexibility. It requires an ability to admit when you’re wrong. To forgive when there’s been a misunderstanding. To make room for the other person to feel whatever they’re feeling.

It begins by forgiving yourself for mistakes you’ve made. Forgiving the misunderstandings you’ve fostered. Forgiving yourself for the times when you were stressed and snapped at someone. When you can make it okay to be human, you can offer that same forgiveness to other people. From that place, it’s easier to accept that we’ll all have our frustrations. We’ll all have times we’re on edge. You can make room for that, and give each other grace.  Maybe take a break from the conversation and come back to it later when you’re calmer.

Another team I coached created an explicit ground rule about giving each other grace. This team was a merger of groups. A lot of conflict had come up because they had different expectations about how people would behave and the roles they should play.  In our work together, we mapped out their new roles and some behavioral expectations that would guide their work as a team. I coached them to get specific. For example, they had a shared expectation that they would treat each other with respect. So what does that look like?  For one person, “respect” might mean showing up on time to a meeting. To another person, that may not matter so much as responding to emails or phone calls right away. The more you can take a vague concept like “respect” and translate into specific behaviors, the more likely you’ll create a set of expectations that people can live up to.

As they were creating their expectations, that team added one – that they would give each other grace. That didn’t mean they would ignore it if someone broke the norm.  Giving grace didn’t mean looking the other way.  It meant that when they gave each other the input or feedback, they would assume positive intent. They wouldn’t assume that the other person didn’t care or didn’t respect them – or any of those other interpretations we can so easily put on other people. They agreed they would provide the facts and then do some problems solving together, if needed, to address the situation for next time. The other part of giving grace was to allow for mistakes. If someone was late, they’d apologize, and the group would move on.

Be on the lookout for crankiness that might be showing up in your own life. Watch out for the stories you might be starting to tell yourself about your colleagues. Watch out for where you’ve stopped assuming positive intent. Along the way, keep finding ways to do self-care and forgive yourselves for where you are. Start with yourself, and then extend that same care and grace to others.

I’ve put together a webinar with additional ideas you can use.  You can access it here: “The 5-Step Strategy My Clients Use to Thrive as Leaders in Uncertain Times.” Or if you’d like to talk about your situation, I’m here for you.  Book a call with me at zmcoach.net/call.